Xu Bing began to develop the pictographic resources for his Book from the Ground project in 2004 (see the postscript to the book and webnote z). A decade earlier, driven by a similarly utopian impulse, the Togo-born artist El Loko (1950-2016), started to create an idiosyncratic writing system of his own, blending stylized images of fable-creatures from his native Togo, motifs from the Christian tradition, and other idiomatically abstract designs peculiar to his own work. It also bears comparison with the early-nineteenth century Vai script from Liberia, which came to Momolu Duwalu Bukele in a dream. Unlike the found icons in Book from the Ground, Loko’s script is illegible, though, as he commented, he too dreamed of establishing “one language for the entire world.” Over the course of the next two decades he experimented with his evolving script using various media, including paintings, sculptures, installations and photographs.

The images above and below show the last site-specific articulation of his vision which forms part of the top-floor terrace and ceiling of the Museum of Contemporary Arts Africa (MOCAA) in Cape Town, South Africa. The building itself, designed by the English architect Thomas Heatherwick, re-purposes a block of concrete silos, creating the gallery and a hotel. The silos, which were constructed in the early 1920s to store grain for export from the Cape Town harbour, had been derelict since the early 2000s. The glass-covered circles, each of which is made up of panels inscribed with Loko’s script, mark the space the individual silos originally occupied. Though everyone can see through them to the gallery space far below, no one can see through the ‘cosmic letters’ to decipher their meaning, creating an experience of ‘reading’ closer to Xu Bing’s Book from the Sky (or Joyce’s Finnegans Wake) than to Book from the Ground. That the script ought, in principle, to be universally accessible but is, in practice, a cryptic example of asemic writing is no doubt part of Loko’s point about the work that still needs to be done to overcome the silo-mentalities of a multiply divided world. The unique features of the site and the materials Loko used are key. While inventively turning the ghostly grain silos into metaphors, he also creates a more literal play on opacity and transparency by etching his unreadable ‘letters’ on glass. 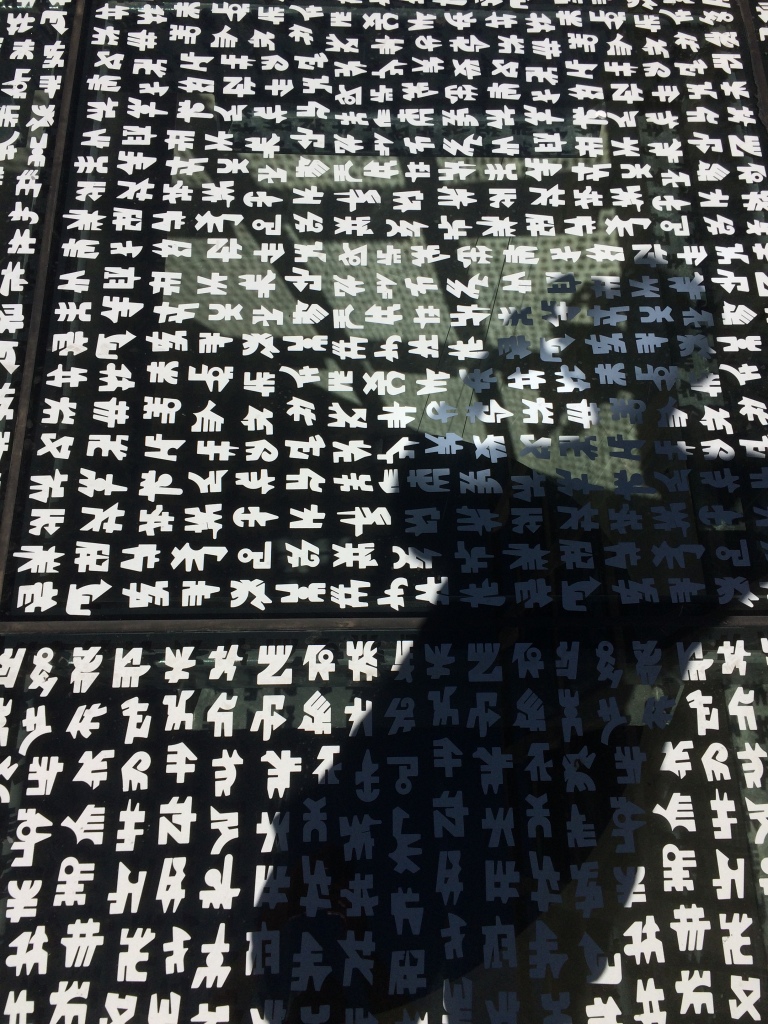 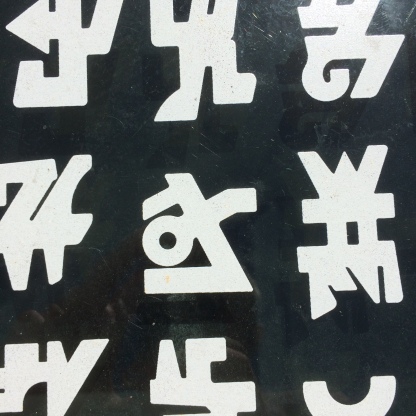 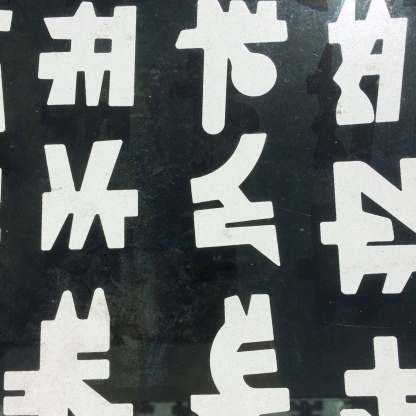 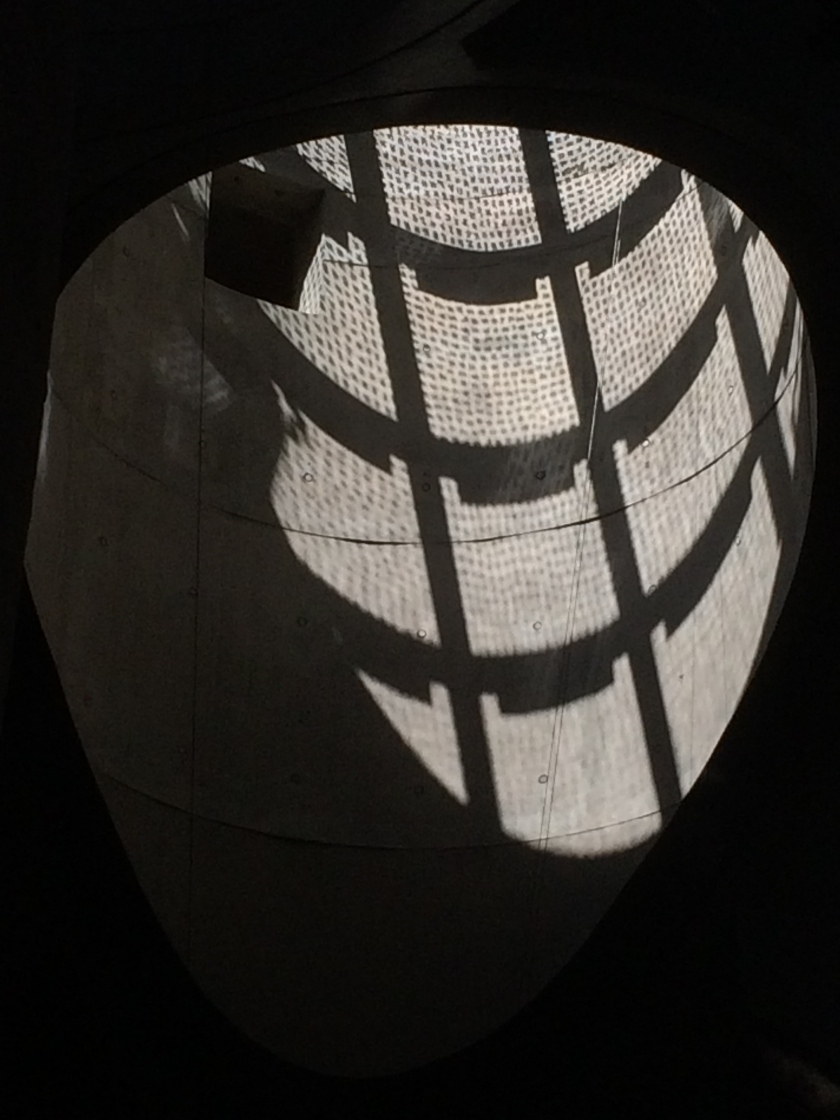